Customer request: Wishing to redesign the ceiling and lighting in the kitchen and living room, these customers wanted dimmable lights that could be managed by both switch and remote control. They also wanted to automate the lighting in other rooms such as the entrance hall, the cellar and the bathrooms.

Indirect lighting in the kitchen and living room

The customers wanted to have modernised lighting in the kitchen and living room. In collaboration with the Guérin Guinnard electrical company, we installed indirect lighting with dimming. The result included LED strips with QUbino 0-10 V dimmer modules to control the drive. A remote control was configured to control the lights in the living room, kitchen, and both rooms simultaneously. 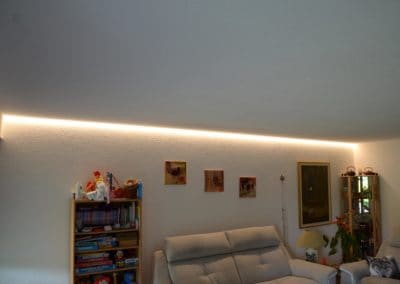 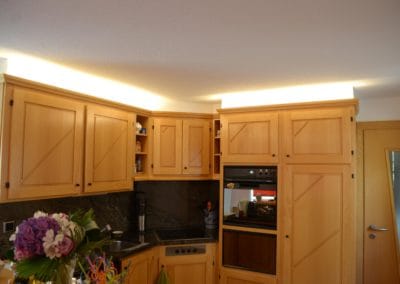 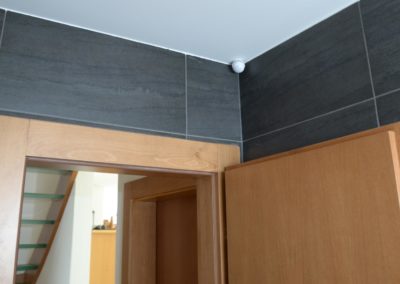 The customers wanted several lamps to be automated in the corridors, cellar and bathroom so that the light would switch on according to the ambient brightness and the presence of people in the room. We therefore installed multifunctional FIBARO sensors in each room to measure these two parameters.

One of the corridors, near the bedroom, has been equipped with a dimmer module to set the light intensity to a minimum during the night so a person is not dazzled when getting up.